Weeeell, 2018 has been one heck of a year for sure. I’ve been so lazy when it comes to updating my website then and I missed it so much which is why I opened up this blog to continue writing. This year has been a rollercoaster, definitely. It’s sort of nice to look back and reminisce the struggles and joys I’ve had and to realize that after all, I’m really grateful for them all. So, before this year ends lets go back and remember what happened this year. 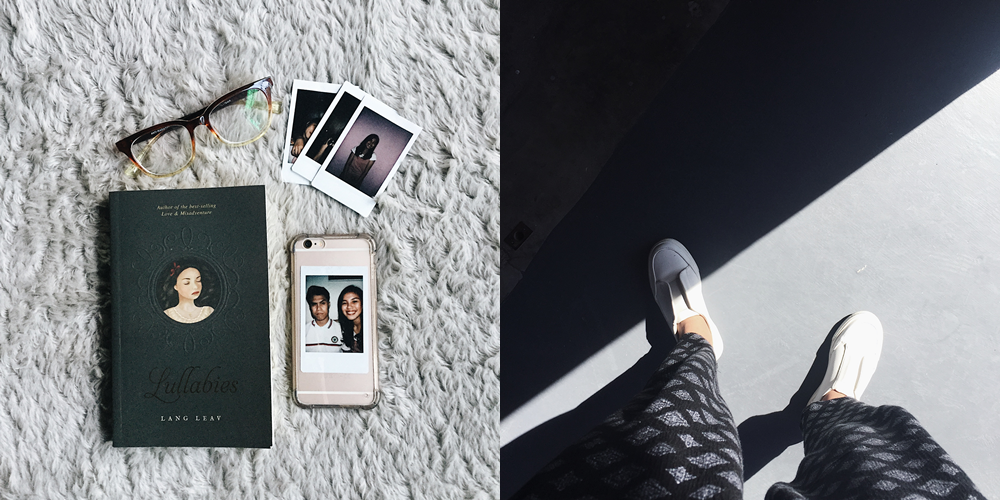 So, January started really bad for our family. One of our dogs, Toby, died due to a car accident. It was indeed a bad start for 2018. It was also my second semester as a MAEd student, and I can still remember how stressed I was juggling my job as a teacher and my responsibilities as a student. I was soooo stressed, to be honest. January was also the month when I started planning for my goals for the year. One of which is to travel as much as I can. So, I asked my friends to hike Mt. Ulap which is something I haven’t done before. I actually posted something about it on my website before but unfortunately, I tried importing my previous posts here but it didn’t work. Also, my acne got worse during the first half of 2018, so there’s that. 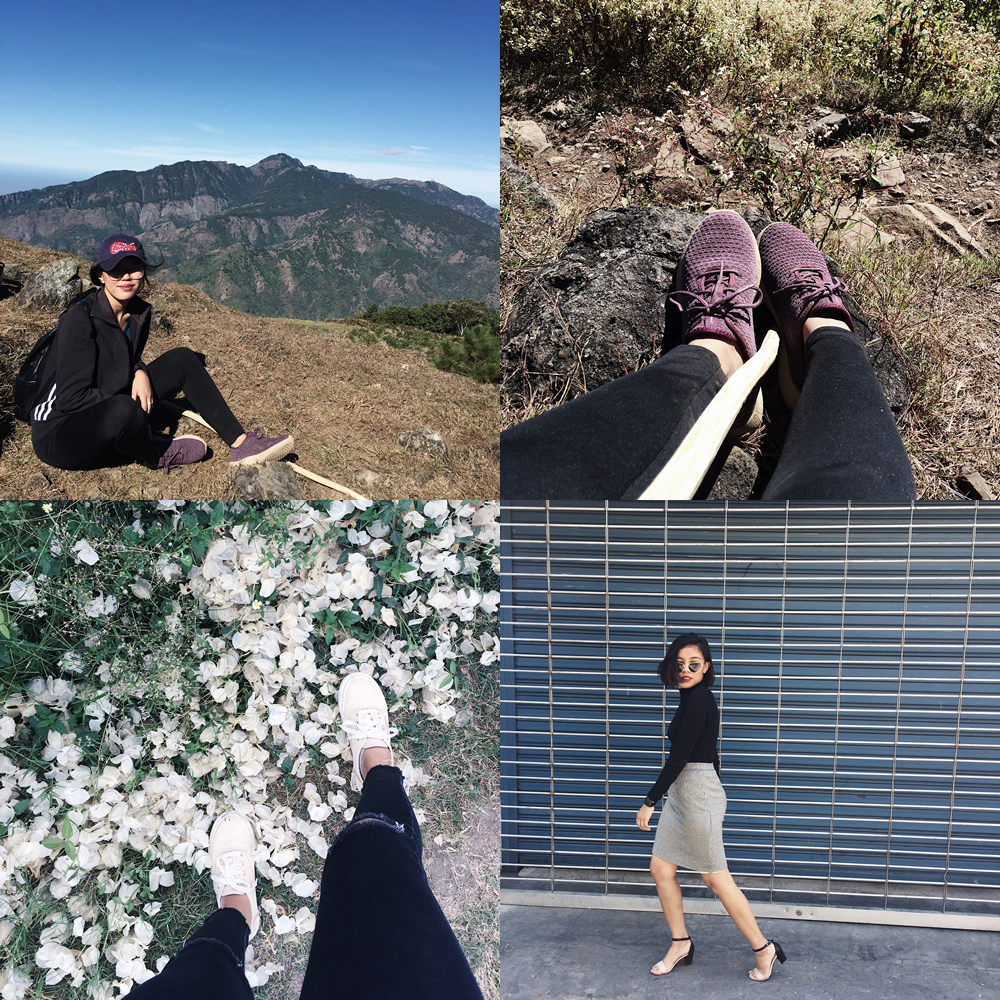 It was in February when we hiked Mt. Ulap. It was truly one of my 2018 highlights. To be honest, it was frightening and exhausting especially when you’re about to go down. I can’t remember how many times I slid and fell but it was definitely worth it!

Sometimes in my life, when I really get bored I tend to do things with my hair like CUT IT REALLY SHORT. I did. I was in the mood for a short hair so I did not hesitate to cut it. I don’t really know what’s gotten into me but I am really experimental when it comes to my hair. Haha! Of course, a new hair deserves a photoshoot! Lol. I asked my co-teacher to snap a few photos for me and that’s the result. Actually, it’s my most liked instagram photo to date. 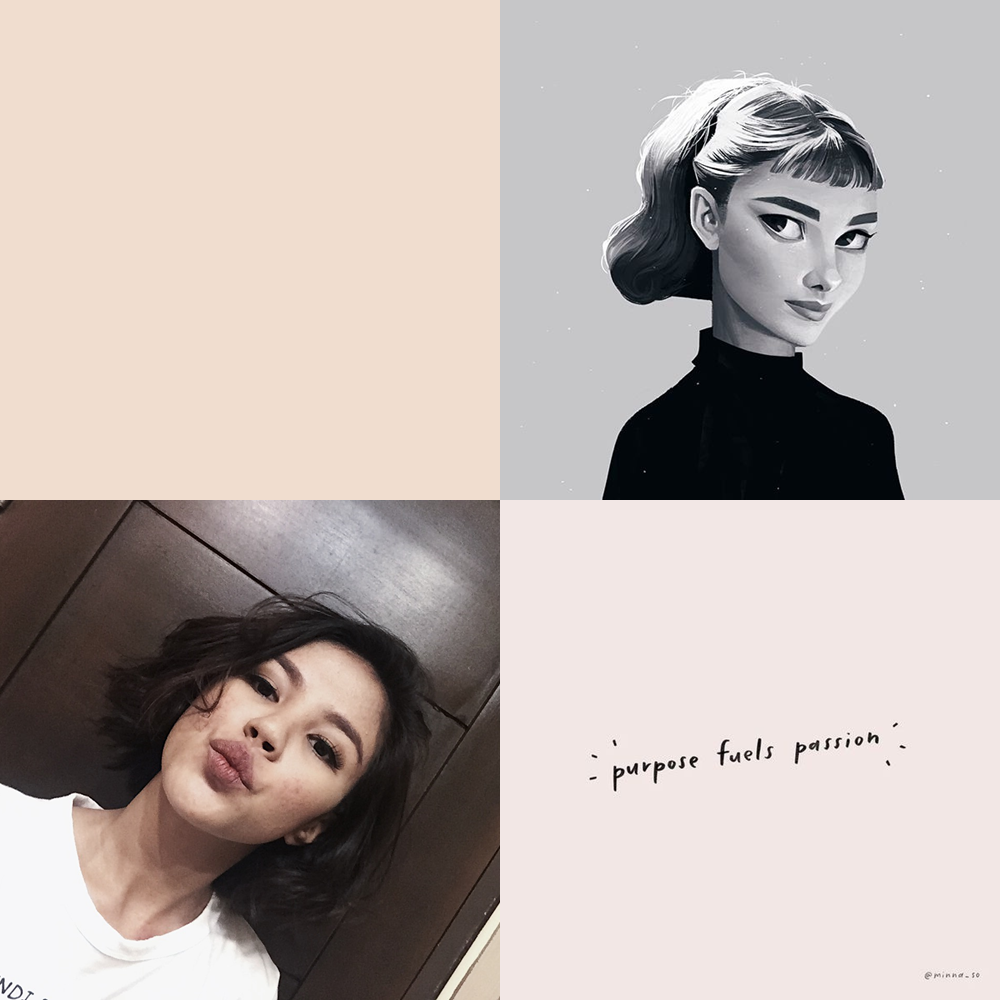 March is probably a senior high student’s favorite month because it signifies the end of the semester and the start of their most awaited summer vacation. Well, I’m not really complaining because I love the sound of an empty hallway. Lol. Before the semester ended, we took graduation photos of the students and for our faculty organization chart.

Other than that, I also had the time to finally cross “Breakfast at Tiffany’s” off of my to-watch list. I definitely loved Audrey Hepburn here.. she is just a classic. I also loved her rendition of Moon River, which is now one of my favorite old songs.

Before March ended, we had our annual youth camp at Capas, Tarlac. I didn’t have the opportunity to take personal photos since I was busy with organizing but it was an absolutely amazing experience. It’s something I’m looking forward to next year! I was given the opportunity to host the 1st Graduation Ceremony for the senior high school students of the school that I was working for. To be honest, it was really emotional because they were part of the first batch of senior high in the Philippines who graduated. At the same time, they were my first students. It made me proud to see them finally achieve their dreams one step at a time.

During the summer break, some of the youth leaders of my church and I went on a team building in Manila. We booked an Airbnb there for 2 days. One of the places we went to during the trip was the  National Museum of the Philippines. I already went there before during one of my field trips when I was in elementary but I’m glad I had visited again. We also went to different churches like Christ Commission Fellowship and Victory Church to attend the worship service and observe the practices they have that we can adopt.

Well, May was pretty much uneventful. Although during this time, I quit my old job and fortunately, got hired into another school. It was hard for me to decide whether to still pursue teaching or head on to another career path but I chose to still continue for at least another 2 years and I’ll decide after my contract. 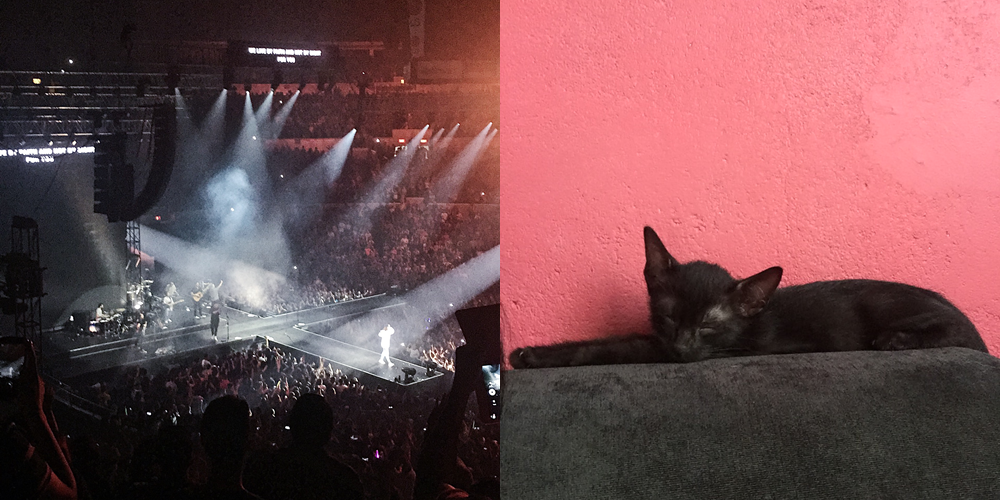 June was a crazy month. My acne was at its worst. I was losing hope on having a clear skin because I’ve tried so many stuff already and nothing worked. Classes already started during this time, so it was hard for me to not get self-conscious because I’m always in front of many people. Because of my self-consciousness, I tend to wear foundation almost every day during this month which is something I rarely do.

I also got a new pet! My aunt’s Siamese cat gave birth so she gave me one of the kittens. My cat doesn’t look Siamese because he’s a mixed breed of domestic and siamese, I think? By the way, his name is T’Challa from the Black Panther. Lol.

Months before, Hillsong x Y&F announced that they will be having a concert here in the Philippines. I’ve always wanted to attend a Hillsong concert and just experience pure worship bliss. Last year, I went to Bethel’s concert and it was just an out-of-this-world experience and got to see Amanda Cook sing live!! This year, my goal was to see Taya Smith live and I did. AHHHHHHHH. She’s just one of my favorite worship leaders. The whole concert was just amazing. Amazing. AMAZING. I left the arena with my heart so fuuuull. 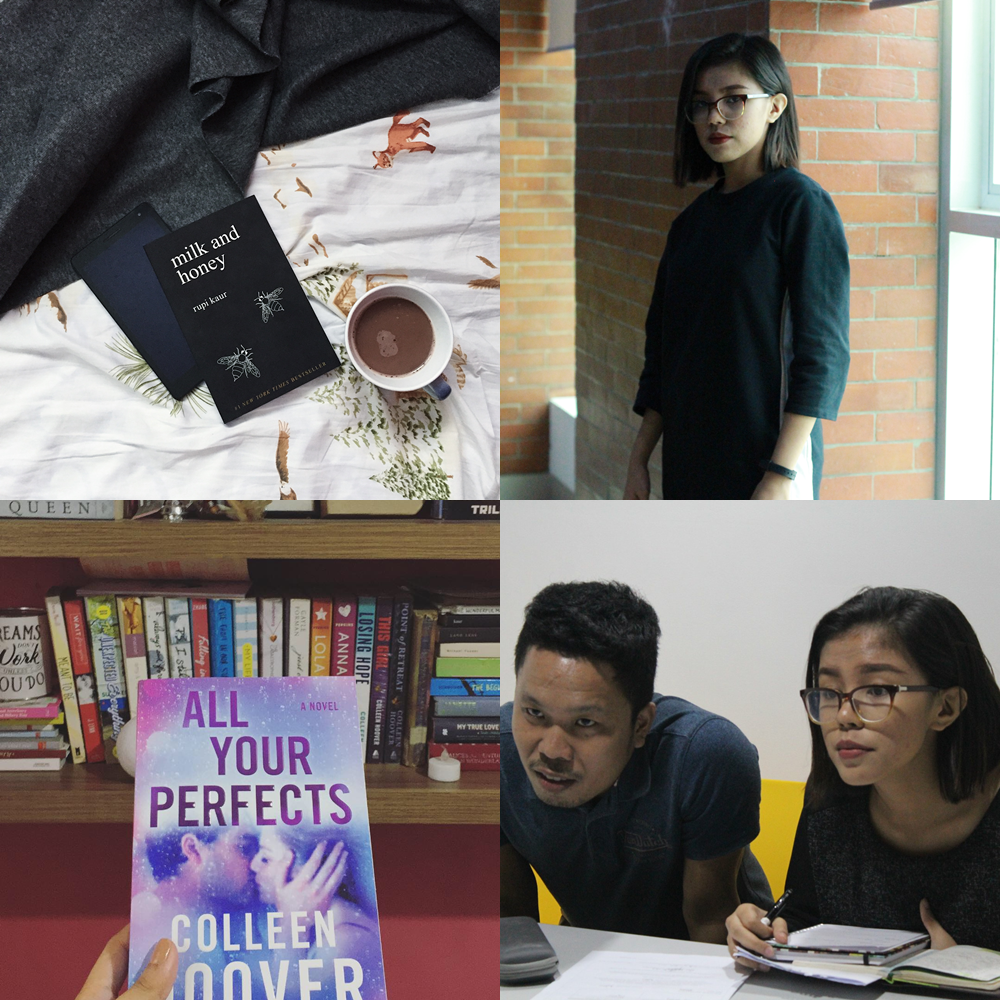 So, I told you that my acne got worse, right? In July, I found my acne savior. YESSS!! Like the one and only thing that worked for me after all these years. And my skin finally started clearing.. (but of course, it didn’t clear up drastically within a month). My pimples are still there but it’s just so much better than before.

Colleen Hoover released a new book which is “All Your Perfects” and the CoHo fan that I am, I bought the book immediately and finished reading it in 2 days!! The story was wonderful. She’s wonderful. She’s my go-to author, always have been. It rained so much in August but it was fine because I love rainy days. I also noticed that my hair’s getting longer now and my acne’s clearing which is all good.

One of my students gave me a cup of latte as a thank you. I wasn’t really expecting anything but I was grateful and it was really sweet of her. I don’t really drink latte, this was probably the first time I ever drank latte in Starbucks? I knowwww, I only drink frappuccino in SB. Buuut, since then I started loving Green Tea Latte and started drinking it hot or iced. It’s my favorite Starbucks beverage now. Lol 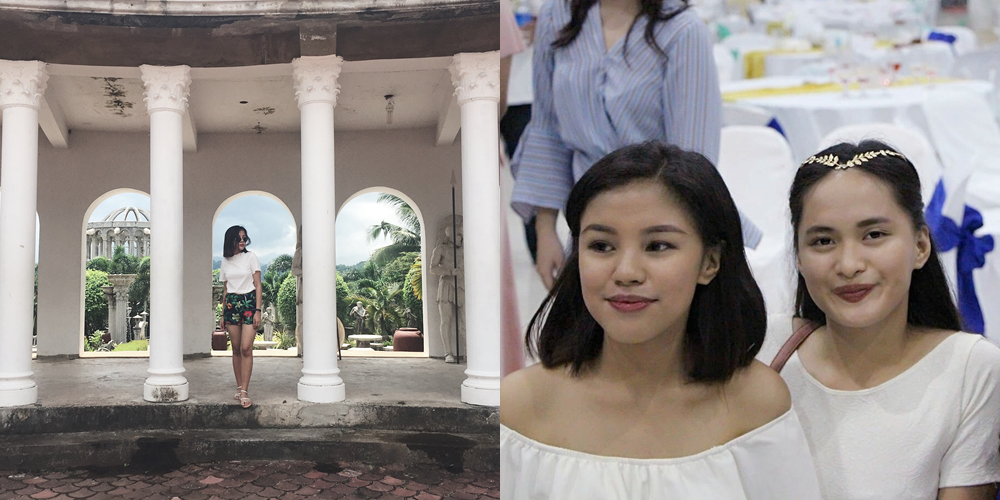 I was assigned to organize the first major event of our school so September was a stressful and exasperating month for me. But, in between life, I got to travel to Goshen Resort. It’s one of Tarlac’s (my hometown) tourist spots. I’ve always wanted to go there and even though I live in Tarlac, Goshen is really far from the city. We celebrated Julian’s lolo’s birthday there. The scenery is lovely with its Rome-inspired structure. 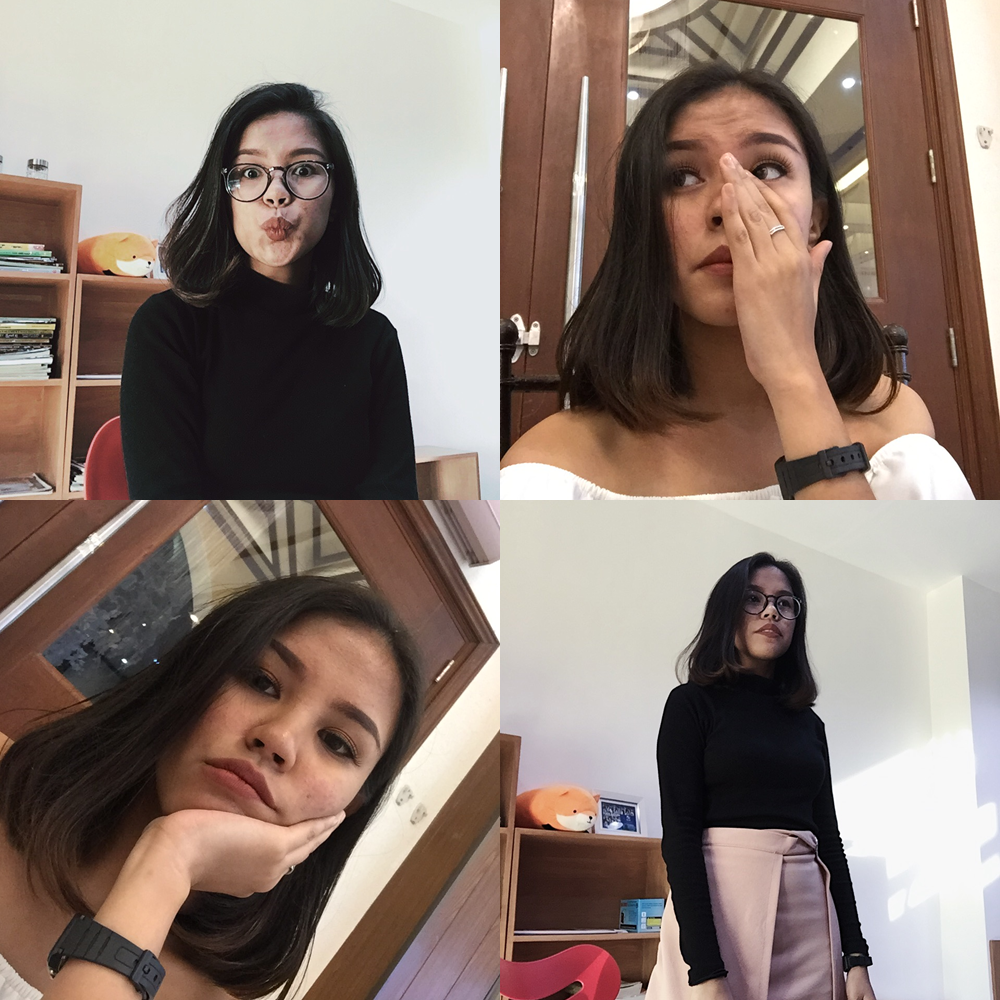 My hair’s getting longer now and I can even style it like I used to back in 2017! Julian and I reached our 2-year relationship mark. Lol. We actually planned to visit Baguio but a typhoon hit the Philippines in September and left Baguio in a drastic state so we moved the trip in November.

The first semester ended so quickly and I got too attached to my advisory class but sadly, I had to let them go because we needed to switch classes in the second semester. I was also invited to attend the debut of my former student. Most of the time I host debuts but for this time, I am just a guest which was really fun for a change. Lol 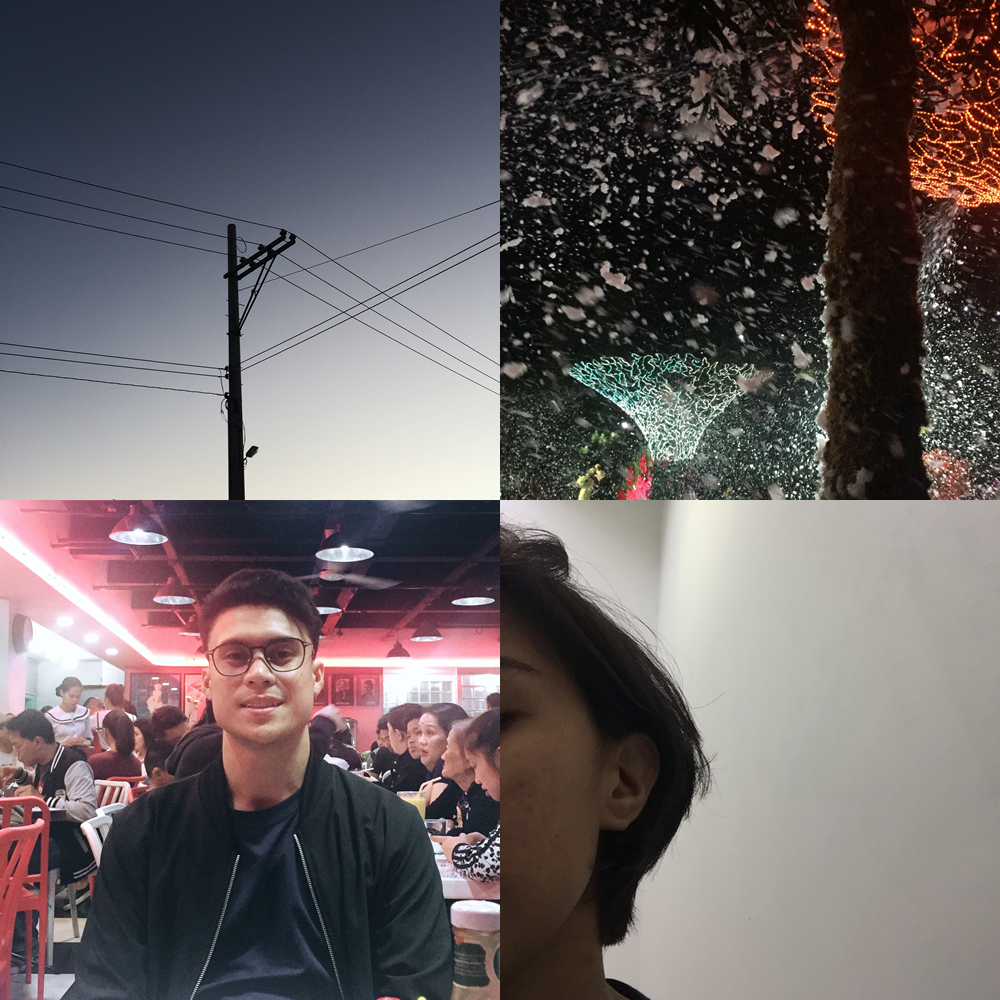 November
As planned, we went to Baguio during the semestral break. Woke up at 4 am and traveled from 5am and arrived at 10am at Bencab Museum. We also went to Baguio Country Club to witness the Christmas Village there. It was my first time to experience ~snow~ (lol it wasn’t really snow) which is something I’ve always wanted to experience. Hehe. My boyfriend already went to Korea last year so he knows the feeling of having a white Christmas.
On other news, I went to a dentist and she told me to get braces. I used to have braces back in 2010-2014 but I asked my dentist (then) to remove it because I got tired of having it. But now, I really regret that I did because my teeth aren’t still completely aligned. Sooooo, I got my braces back. Hehe. And!! I also got my haircut which is my shortest this year.
Something bad happened in November though. Our Persian cat, Smokey, went missing for a week. Usually, we let him wander because he was used to it and he comes back every night but this time, he didn’t come back for a week. So my mom asked our neighbors if they saw him and they did but he was already dead. We lost another pet due to a vehicle accident. 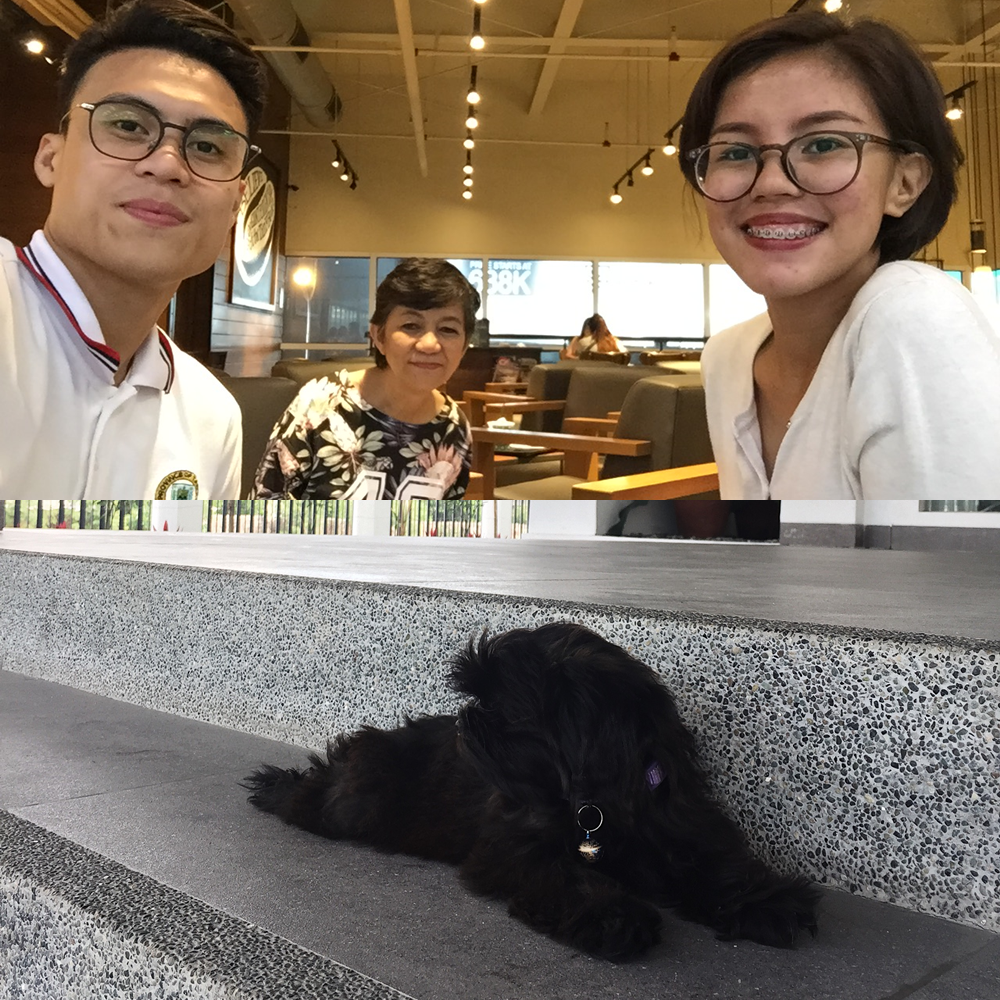 I turned 23 in December and it still feels kind of unbelievable that I’m already 23???? I feel like I’m still a 17-year-old kid. My boyfriend (Julian) gave me Luna, my baby Shih Tzu, as a gift for my birthday. Definitely the best birthday gift I’ve ever gotten. Luna already got two of her shots this month and she also had her first haircut. Very magastos. Huhu jk.

On Christmas Eve, I made buffalo wings for the family which my lola loved. I’ll be making it again today on New Year’s Eve!!

And of course, I just recently opened my blog again this month. Hopefully, I get to post more frequently now..

So, that’s the round-up of my 2018. So much has happened, so many things have changed and stayed the same. I pray that 2019 will be a fruitful year for all of us!

How about you, what are your 2018 highlights?

Good to be back!

How To Survive Uni

planning to raid every cute cafés nearby 💨 //

swipe to last pic for my ABG version 🤪

we’re reading aurora rising on my book club! if

planning to raid every cute cafés nearby 💨 //

swipe to last pic for my ABG version 🤪

we’re reading aurora rising on my book club! if

fitting room snaps. ive been breaking out because