This post is waaaaay over due. Hello people! I’m really sorry for not posting for more than a month. I’ve been meaning to post this one since we got home from the trip but I’ve procrastinated a lot for the past few weeks so I needed to get my requirements done pronto.

I didn’t take much photos from the trip because our tours mostly were either at night, in the dark or in the middle of the river/sea.  Some of the photos were from my mother’s cam roll. Photo credits to my mom. Lol

Anyways, last November 27-December 1 was our Palawan trip. If you do not know Palawan, it’s a magnificent island in the Philippines (you should go google it out, you might want to go there someday). Our flight was supposedly November 27 but we got held up because of the strong wind.  My brother, uncle, a churchmate of ours and I were stuck in the airport for a night. It was pretty traumatic, actually. (lol, kidding) We slept in the holding area because we didn’t want to go to the hotel accommodation. We thought it was a hassle. And though we didn’t quite get the amount of sleep we deserve, it was a good choice since the hotel wasn’t any better according to some of the people who also got held up.

We got boarded the day after and landed right around noon. It was pretty much exhausting. My parents wanted to go straight to the tour but we were pretty much stinky and tired so rested for a bit and took a bath and then went straight ahead to Daluyon Beach. From there we were supposed to head to the Underground River but due to bad weather, the coast guard advised to cancel the tour. We didn’t complain, the weather was pretty dangerous. 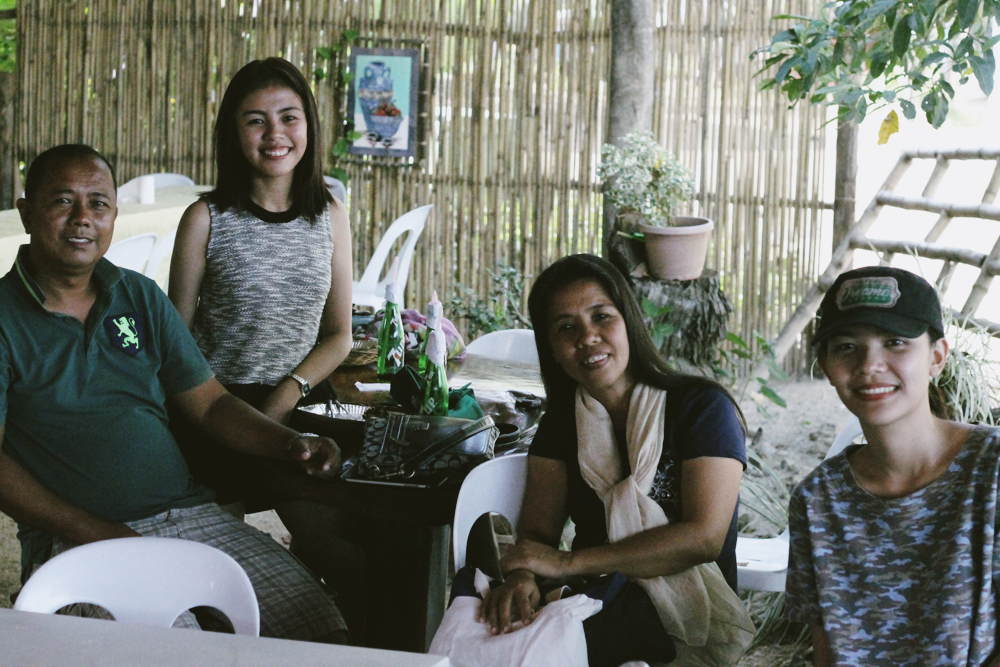 The next day tho, the weather wasn’t bad so we finally went to the Underground River. We rode a boat to go to the island where the Underground River was.  To be honest, I was really scared because it was a first for me to ride a boat and be in the middle of the sea. I’ve watched numerous movies where boats sink, and sharks kill and piranhas too and all I could think about was my future coz I don’t ever want to die there. I really fear dying on a plane crash and drowning, I kid u not. 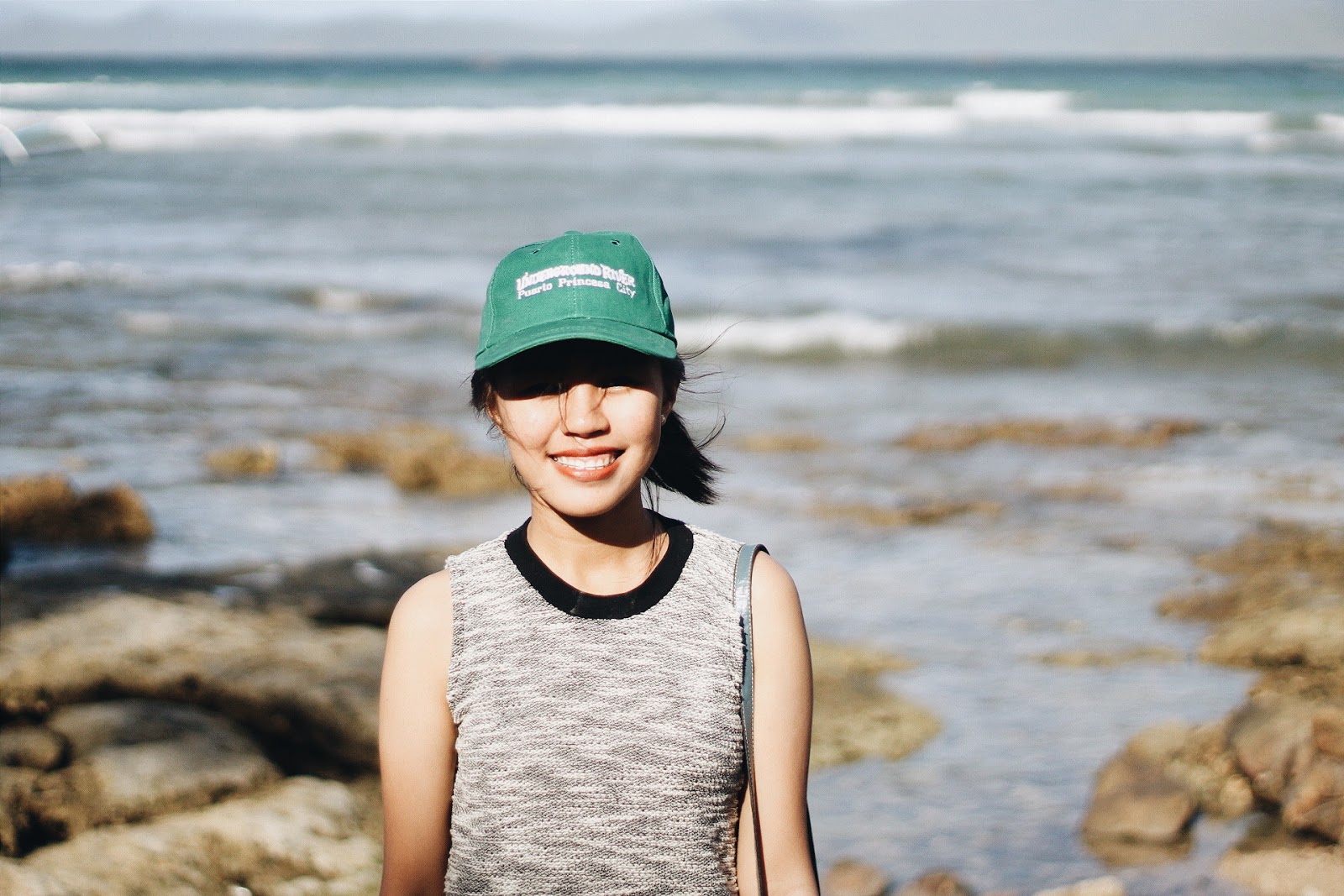 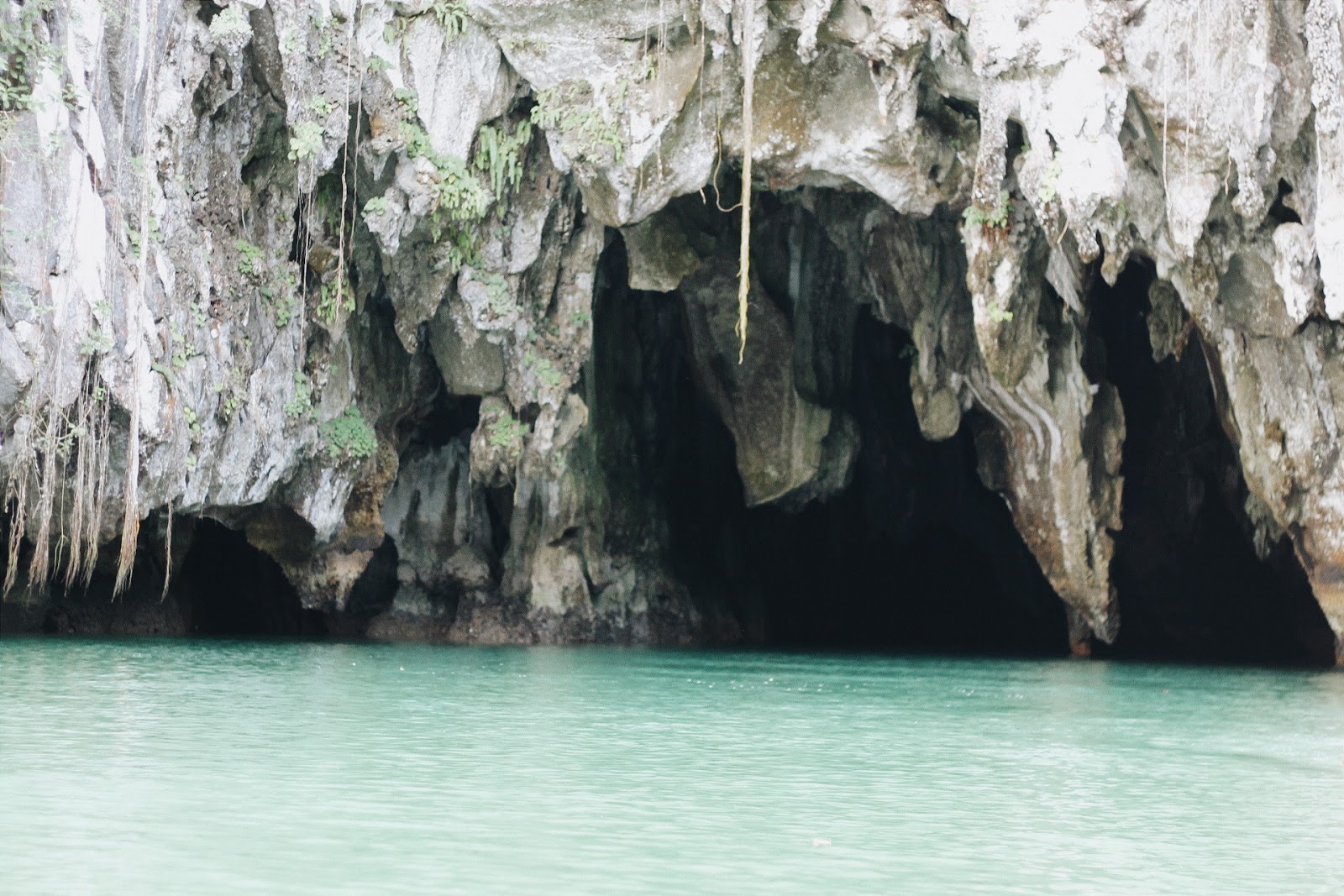 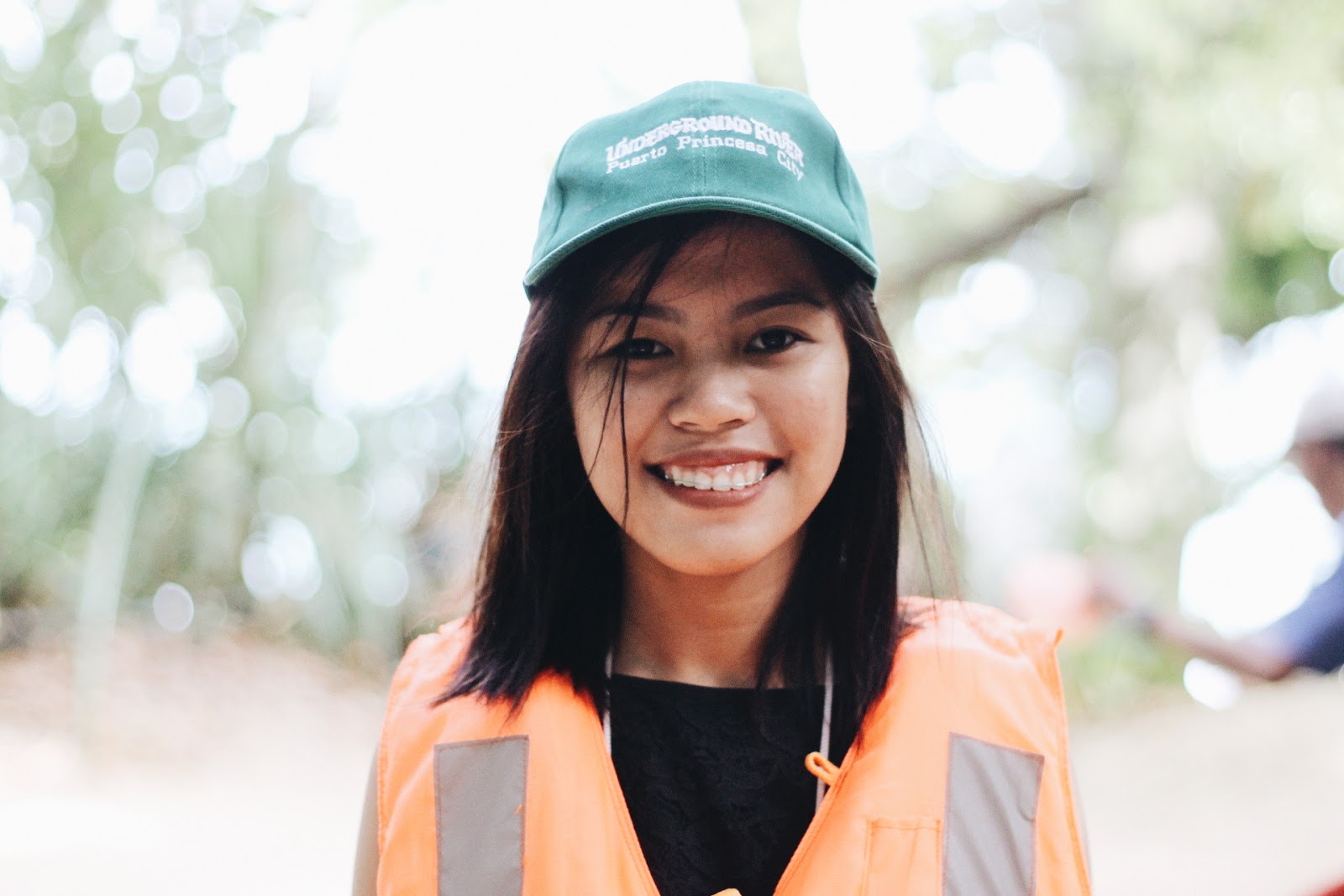 I wish I could show you photos of how amazing the Underground River was, but it was too dark inside. Lol. It was beautiful and when you see it, you’ll be awestruck. No wonder it belongs to the New 7 Wonders of Nature. 🙂

The Puerto Princesa Subterranean River National Park is located about 50 km north of the city of Puerto Princesa, Palawan, Philippines. It features a limestone karst mountain landscape with an 8.2 km. navigable underground river. A distinguishing feature of the river is that it winds through a cave before flowing directly into the South China Sea. It includes major formations of stalactites and stalagmites, and several large chambers. The lower portion of the river is subject to tidal influences. The underground river is reputed to be the world’s longest. At the mouth of the cave, a clear lagoon is framed by ancient trees growing right to the water’s edge. Monkeys, large monitor lizards, and squirrels find their niche on the beach near the cave. 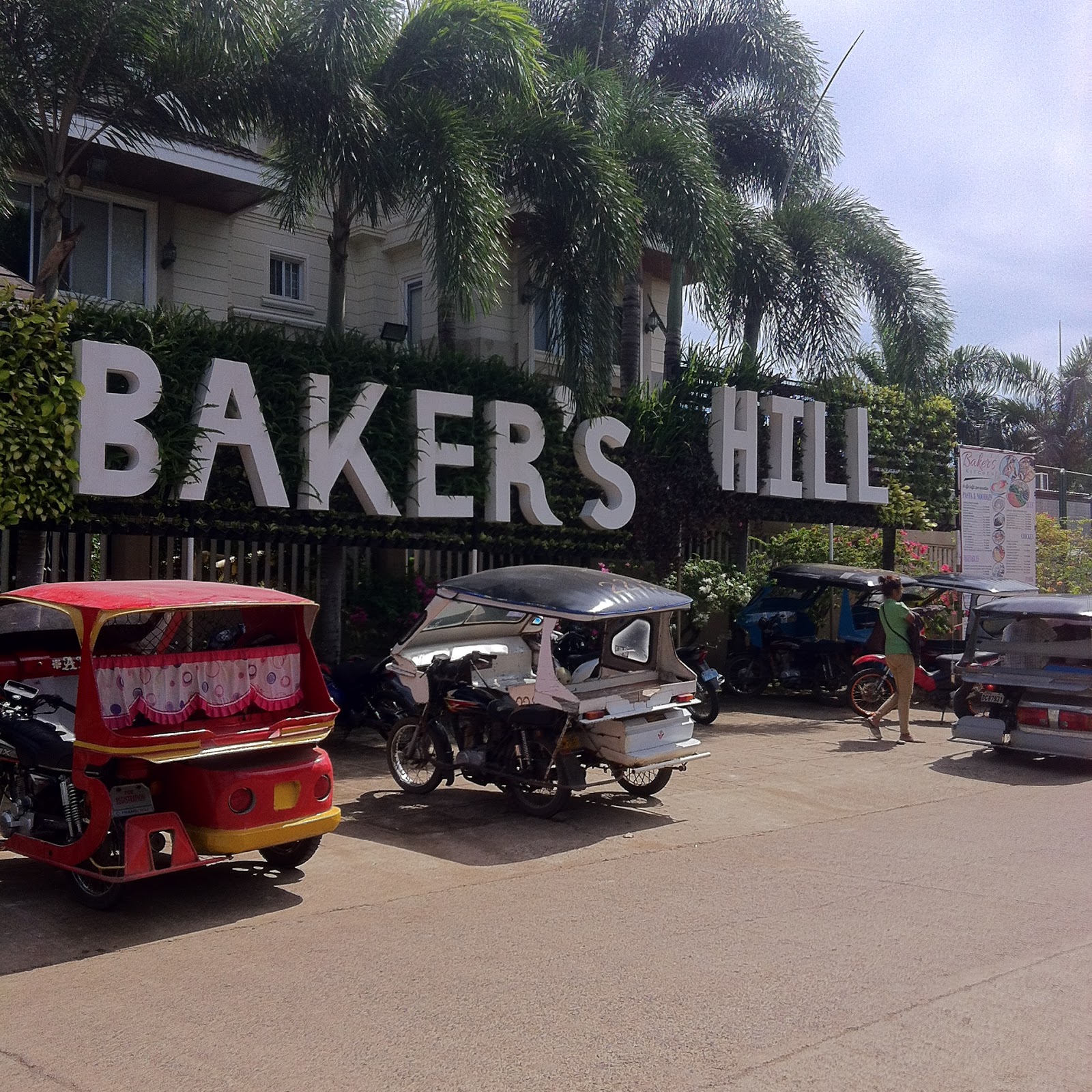 We also went to different tourist spots such as Mitra’s Farm and Baker’s Hill where I tasted―for the first time―crocodile sisig. Croc meat tasted like ordinary meat but I really don’t like eating exotic food so that might be the last. 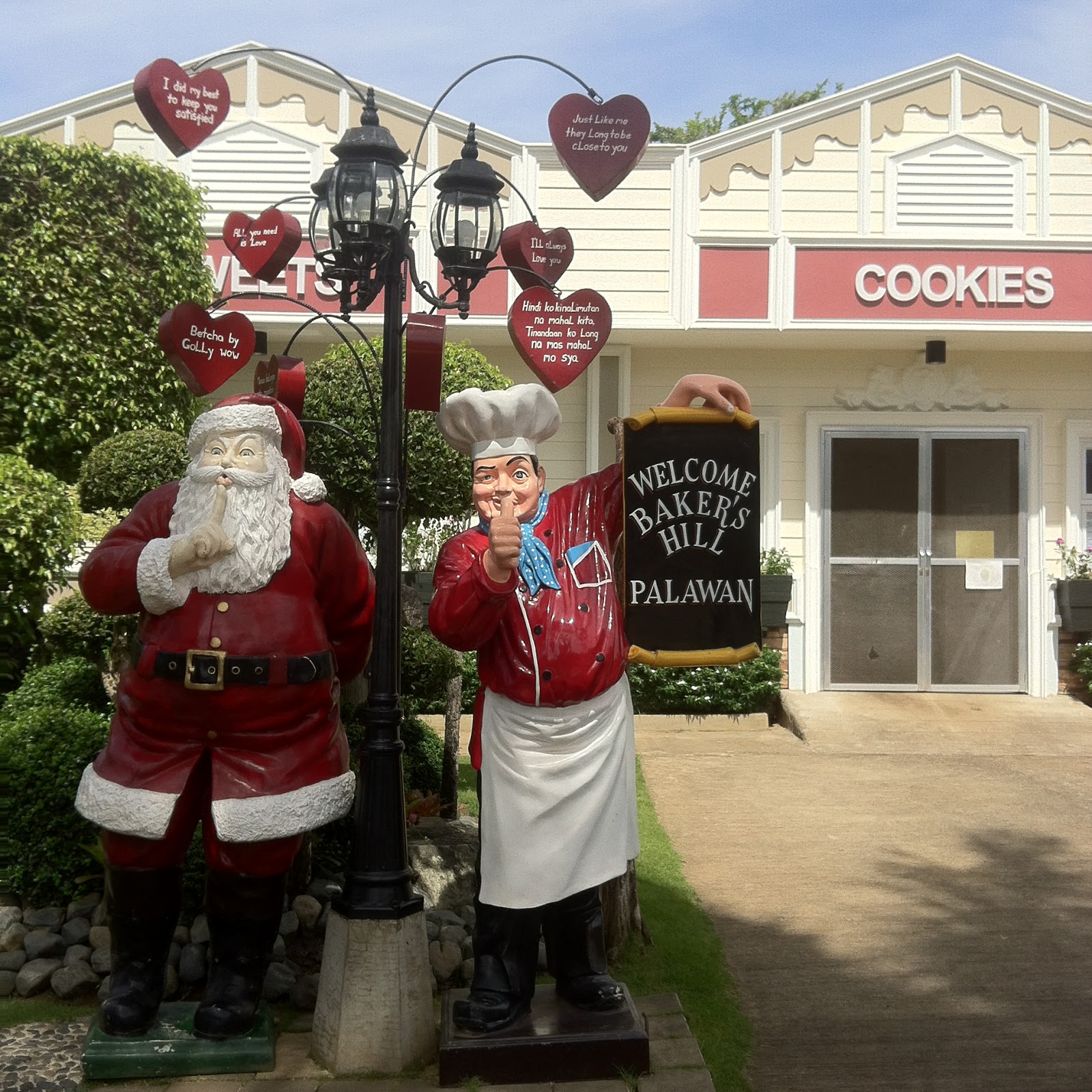 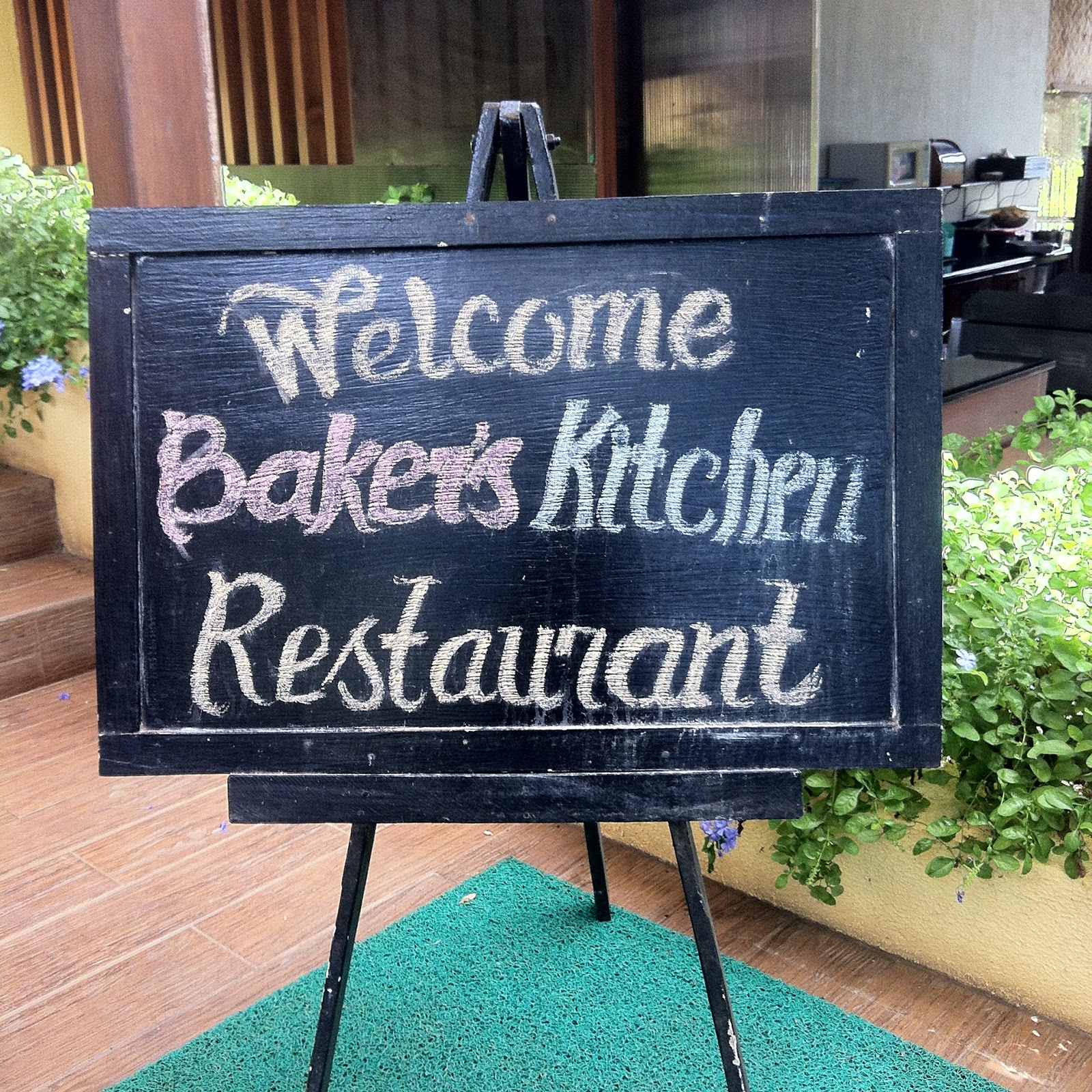 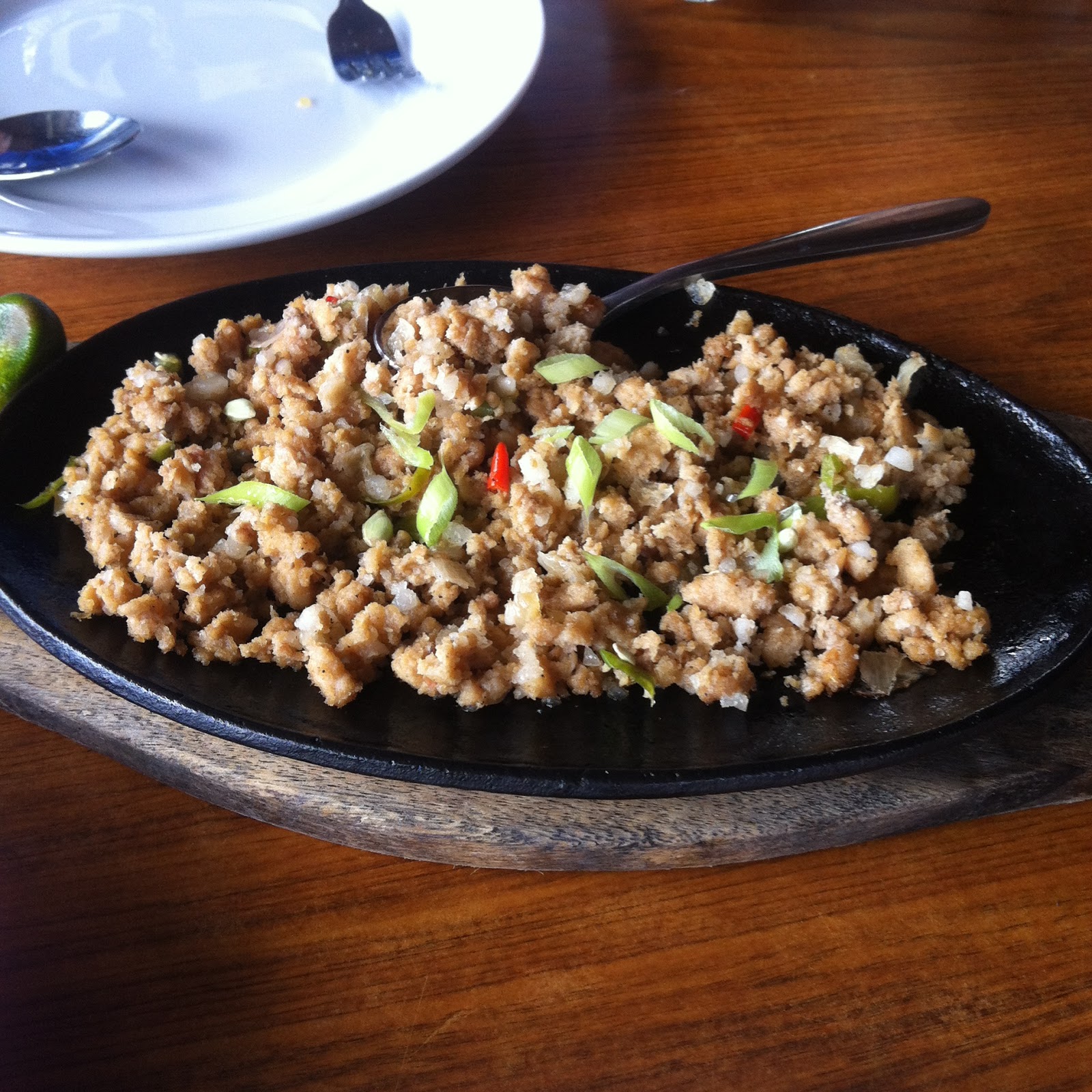 We also did the Iwahig Firefly Watching. Again, we rode a boat but in pitch dark this time. I was with my mom and ate Dayne. It was still windy so we didn’t see much fireflies but the view of the night sky was breathtaking. There were plenty of stars that night and it was so beautiful. 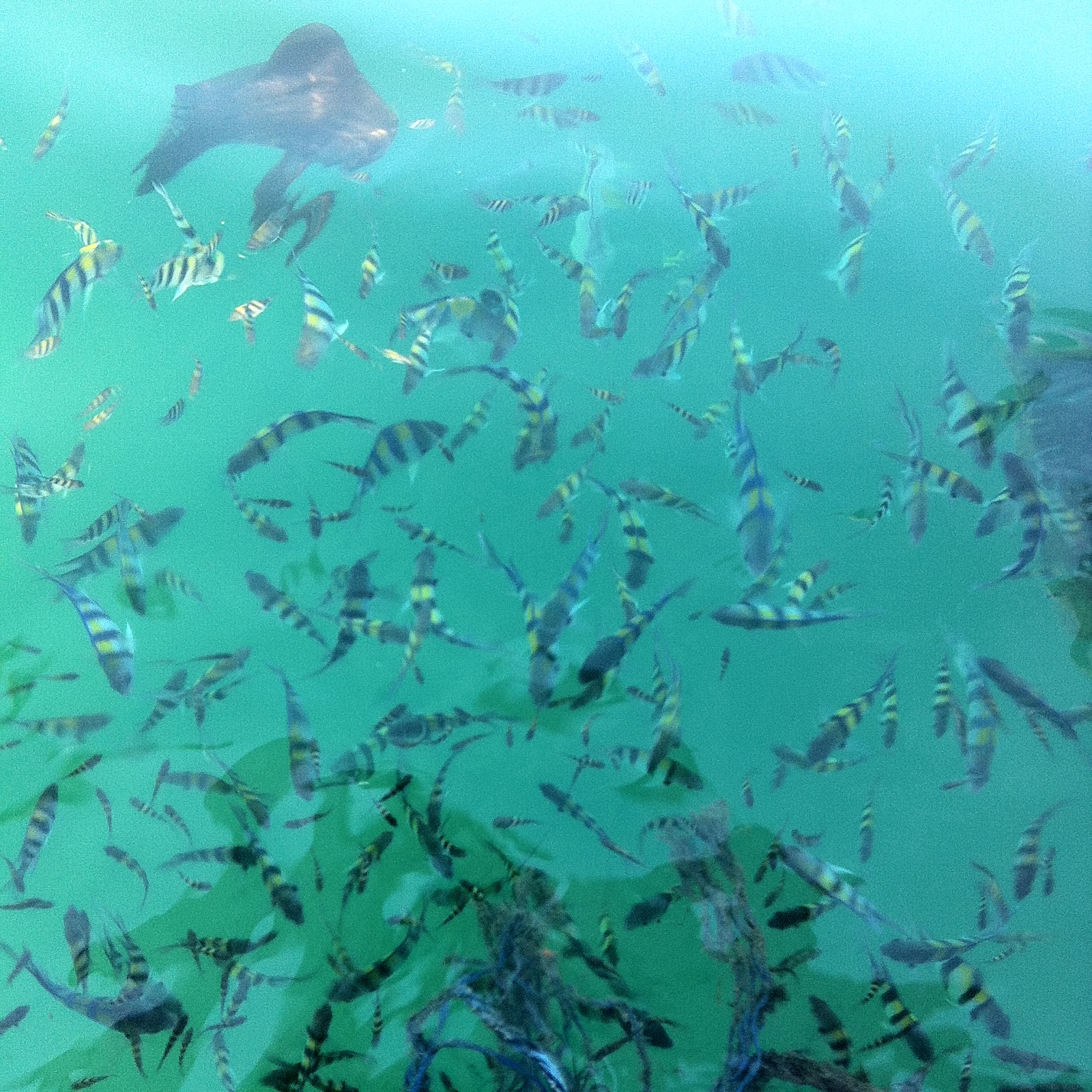 The day before our flight home, we went island hopping from Honda Bay to Pambato Reef to Luli Island and to Cowrie Island. 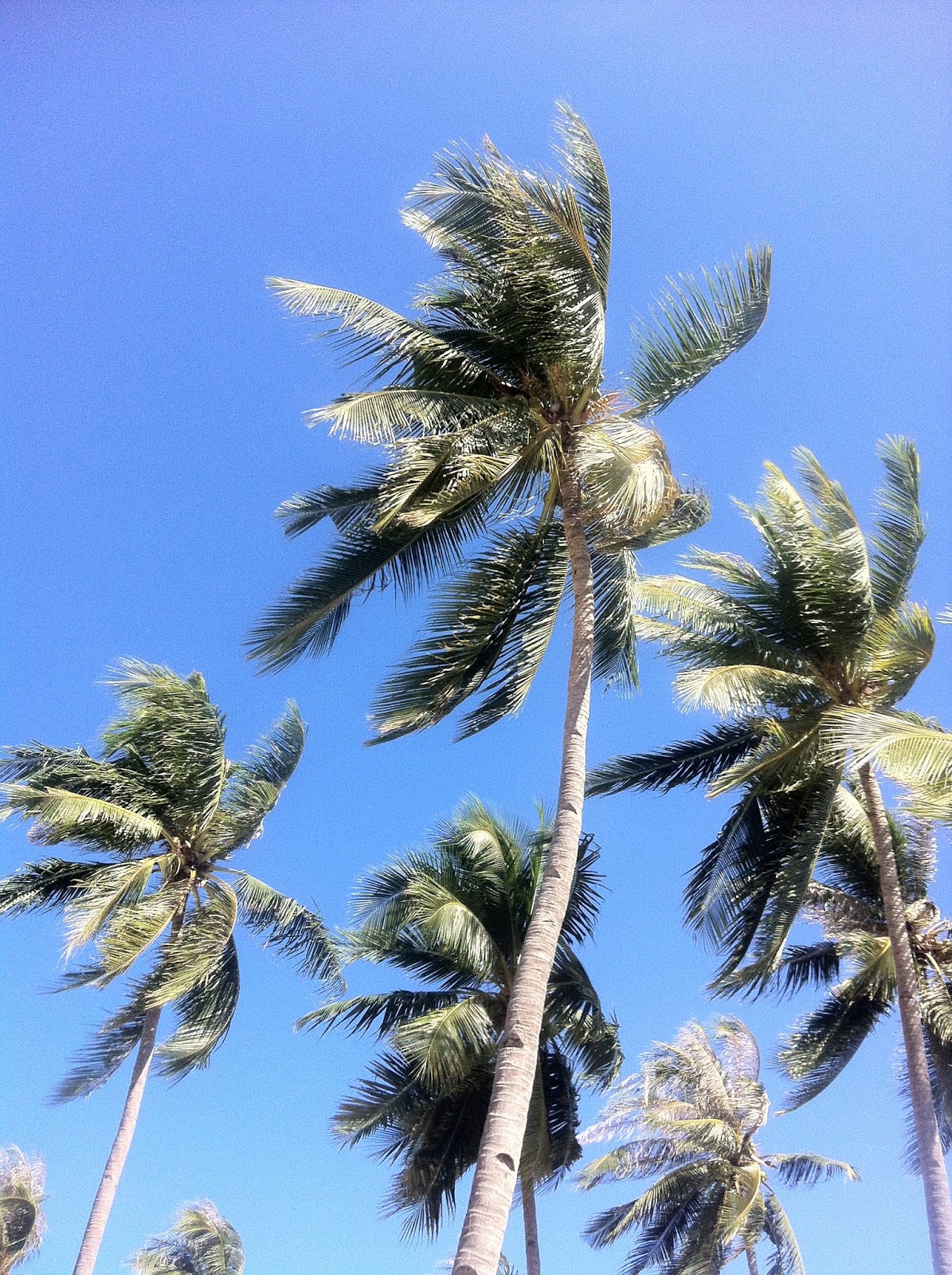 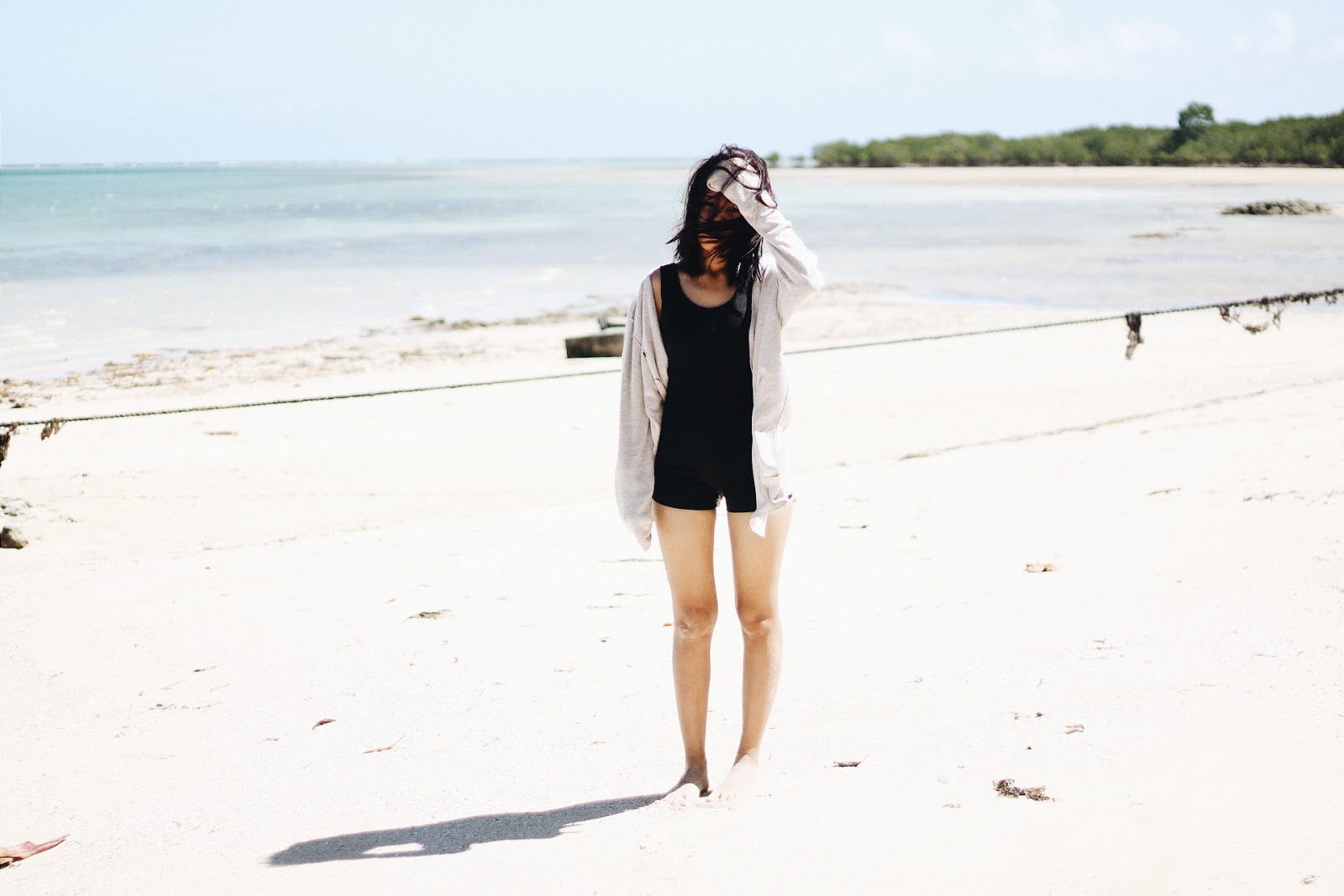 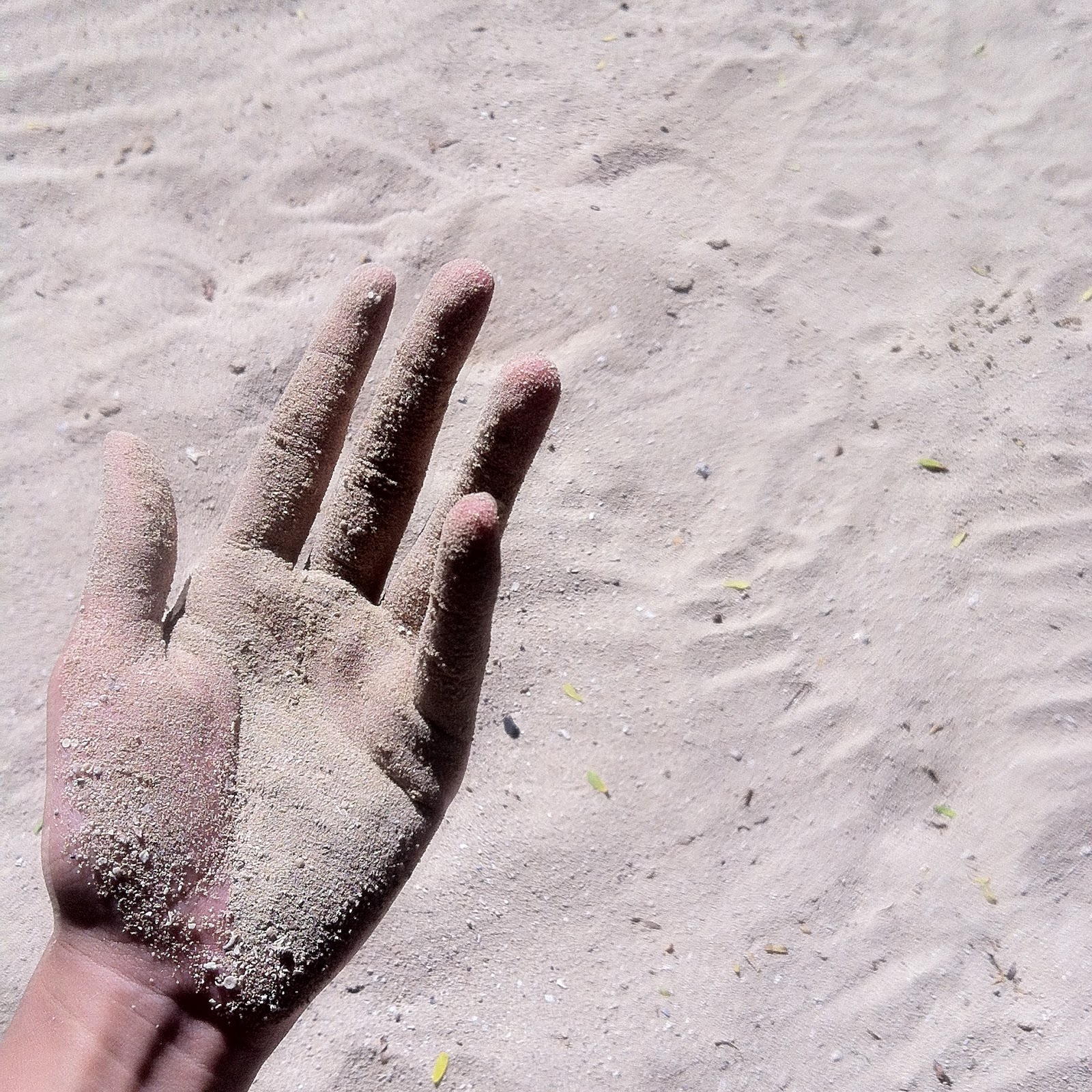 There are still so many places to explore in Palawan but sadly, we just stayed for 4 days because we have things to do back home. This trip crossed out many of things on my bucketlist and hopefully next year, I’ll experience more adventures! More wanders to come! <3
9.7638429118.7473298

la union took my breath away

wish i could take more photos of my #ootdbybee thi

what i wore in tokyo

wish i could take more photos of my #ootdbybee thi